Otto has been using Bloodhound’s products at both G4S (since 2011) and Magnum Shield (2008 to 2010). For the past 8 years, G4S used Bloodhound’s Rover mobile device in the field, but have recently started migrating to the latest AndRover mobile device while still running Observer in their control centre. Initially Otto used Bloodhound Patrol solutions in conjunction with another guard patrol system, but found the latter to present several issues, mainly that it was not durable and consequently not sustainable in the security industry in which he operated. The system was time consuming, as mapping had to be done manually by pinning the control points on a map that was displayed in the guards’ office. It offered no real time monitoring, and reports had to be compiled from manually collected data. This led Otto to conduct a product comparison between Bloodhound’s products and the counterpart system, of which the outcome supported the decision to only use Bloodhound’s Rover & AndRover going forward. The result showed clearly that Bloodhound’s product offering far outweighed its counterpart in terms of both efficient and execution.

A security company’s success lies in its ability to execute patrols in an efficient manner supported by accurate data that can ensure clients their assets are being safeguarded and they are kept abreast of any incidents. These are also some of the biggest challenges of the security industry. Furthermore, security guards often work long hours, sometimes through the night, which means falling asleep on the job or missing a security breach is not uncommon. Otto shares his views on how Rover & AndRover successfully address these challenges. 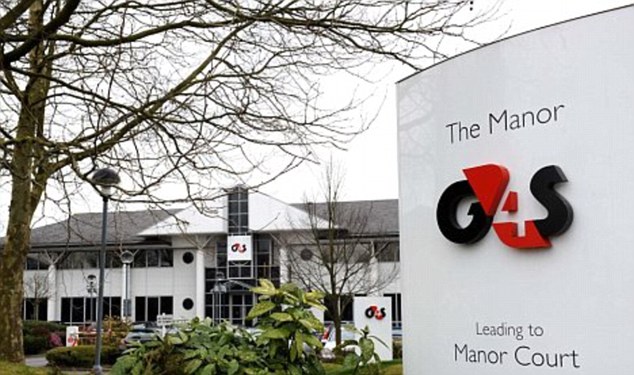 Otto has been using Bloodhound’s Rover and AndRover Patrol for at least a decade and has been continuously impressed with the products, the service and the support. He points out that in 2011 after moving from the previous guard patrol product to Bloodhound, activity success rates increased from 55% to 90% for that year. Not only were Otto and his team able to raise this percentage to 90% since using AndRover exclusively, but also maintain a consistent 80-90% activity success rate.

What distinguishes AndRover from other products, according to Otto, is that it records real-time data. “The fact that it’s a live patrol system allows me to monitor the guards and gives me immediate information should there be an imminent threat or an incident. It also keeps tabs on the guards; I can immediately see if a patrol route is not completed. This makes AndRover superior to other products”, he says.

Otto lists the following benefits of AndRover as an indispensable partner in security operations:

GPS tagging: In contrast to the manual mapping system referred to above, Bloodhound’s flagship guard patrol solution guides the security guards through each patrol using GPS tagging. “The old location tags quickly ran out of power and were often lost” says Otto. GPS tagging made a substantial difference to the industry as a whole with one of its biggest benefits, according to Otto, being that fact that you don’t have to allocate tags manually. Patrol points can now be plotted on a Google maps-type interface. This makes GPS tagging not only exceptionally accurate but also more efficient and more cost effective, he says.

Voice capability: A further benefit relates to the fact that the AndRover device can establish immediate voice contact with a guard, while also allowing for a more effective response to emergencies.

Observer Platform: Otto stated that Bloodhound’s Observer software is currently the only product of its kind on the market, offering “full on monitoring capability”. Other guard patrol systems in South Africa do not have this option, he continues. He explains that with Observer, “you are able to create a profile for each client including the escalations steps, for example who to call. It also offers an easy to read reporting function compiled from the real-time data. Otto explains that routes can be configured in advance and “reports compiled from real-time data can be set to transmit automatically”. He confirms that the reports are sent simultaneously to the clients and the executive directors of G4S. Otto is convinced that this facilitates a “huge amount of transparency and again highlights the fact that the data cannot be tampered with”. There is, of course an added benefit in that automatic reporting obviates the need for many data collection and report writing thereby saving on manpower and time.

Break-ins: Otto is convinced of the fact that the guards being monitored assists in preventing incidents and confirms that he has experienced very few incidents, including break-ins, since using AndRover, as guards have to complete assigned patrols and are monitored whether they do so. It increases service levels, which in turn decreases the occurrence of incidents such as break-ins. In his experience, “guards cannot alter or interfere with the system as visibility is high and live tracking will immediately record if an issue arises with a device, in which case a supervisor will be despatched to the site to ensure everything is in order”.

Otto is very happy with the cost of the Bloodhound solution when compared to the benefits derived therefrom. He explains that “ultimately the costs of the security system are for the client’s account [the estate] and a good yardstick is, if the client is happy, the system is working.”

Smart technology is arguably one of the emerging trends to monitor and manage security workforces. Combined with GPS tracking and real-time data collection, it has a substantial impact on employee safety, accountability, communication and efficiency. Bloodhound continues to be the leaders in Innovative Workforce Management Solutions in South Africa and on the African continent providing all major security companies with end-to-end solutions that includes support on a 24/7 level.

Otto agrees stating that “the support and services offered by Bloodhound are exceptional. They allocate a representative to each customer who provides one-on-one support. In addition, if you need immediate assistance, the Bloodhound call centre offers invaluable 24/7 support; escalate enquiries when necessary and in general respond very quickly and very efficiently.” He concludes that according to a survey G4S administered, they obtain an average success rate of patrols of between 80-90% since using Bloodhound’s Products.

“The support and services offered by Bloodhound are exceptional. They allocate a representative to each customer who provides one-on-one support. In addition, if you need immediate assistance, the Bloodhound call centre offers invaluable 24/7 support; escalate enquiries when necessary and in general respond very quickly and very efficiently.” Otto van den Berg, Head of the National Control Centre at G4S Secure Solutions (SA)(Pty)Ltd