Bloodhound Technologies (Bloodhound) develops and commercializes real-time smart compliance and mobile workforce management solutions in various operating environments. They assist companies, such as Bidvest Prestige Cleaning (Prestige), to achieve and maintain effective productivity and accountability levels of their cleaning personnel, and proof of presence of their supervisors. In addition, Bloodhound provides valuable performance indicator reports and analysis on a daily basis.

Prestige is one of the largest cleaning companies in South Africa – delivering contract cleaning and hygiene services to all market sectors and specialises in the industrial sectors, food manufacturing plants, hotel and leisure, commercial offices, and retail. Natasha Flynn, Operations Manager at Prestige shared her positive experience how Bloodhound’s FILE13 is being utilised at two of her key clients, SAB Breweries (SAB) and Lanseria Airport (Lanseria).

Natasha has been working for Prestige for 14 years and took over as Operations Manager during March 2018. She runs 24/7 operations at both sites with 124 cleaners on site at SAB and 36 cleaners at Lanseria. Bloodhound came on board during June 2018, and Natasha and her team of supervisors have been using FILE13 since July 2018. When Natasha assumed operations, SAB was on the verge of cancelling their contact with Prestige as they have been receiving several complaints concerning cleaning personnel not performing on par, not being on site, ineffective quality control by supervisors and lacklustre reporting. They have experienced particular issues at SAB and Line 7.

In an attempt to address these issues and retain the client, the management team of Prestige undertook to SAB to streamline their operations, appoint a new Operations Manager and employ additional supervisors. In their proposal, Prestige included Bloodhound’s propriety business intelligence platform, Observer, and compliance and mobile workforce management mobile app, FILE13 and conducted a trial run using the Bloodhound solution at SAB and Line 7. The trial run was a major success and Prestige was not only awarded the initial tender but also SAB Rosslyn and SAB Alrode as part of their cleaning portfolio. Natasha highlights that “since using FILE13, SAB and Line 7 have received no further complaints, and operations were significantly streamlined.”

Collecting and reporting on data remain a crucial component of personnel performance management. Performance for purposes of this case study refers to personnel performing in terms of their key performance indicators (KPIs) and displaying a sense of accountability in discharging their cleaning duties to a high standard.

A notable concern in respect of the cleaning personnel at Prestige was their lack of discipline and accountability – “cleaning personnel was not in their designated cleaning areas, they were working slowly and/or not performing on standard” says Natasha. According to her, one of the clearest impacts of implementing Bloodhound’s FILE13 was “that it enforced a culture of accountability amongst the cleaning personnel. As cleaners were aware that regular checks will be conducted and their performance recorded, they realised that they had to complete the work on time, on standard and be where they have to be.”

In the case of Prestige, a distinction should be drawn between the two sectors it services, and the reason for implementing FILE13 at each. The three SAB sites (Chamdor, Rosslyn and Alrode) are involved in food hygiene whereas Lanseria Airport is a commercial venue. This distinction will be discussed in more detail below.

Prestige initially used a manual system of data collection and personnel management and supervision. Supervisors performed quality control using clipboards on which they noted any performance issues or feedback. When photographic evidence was required, supervisors would take photos with their phones and either WhatsApp or email the photos to the Operations Manager. As no single coherent reporting function existed, reporting was often fragmented and data could easily be tampered with. 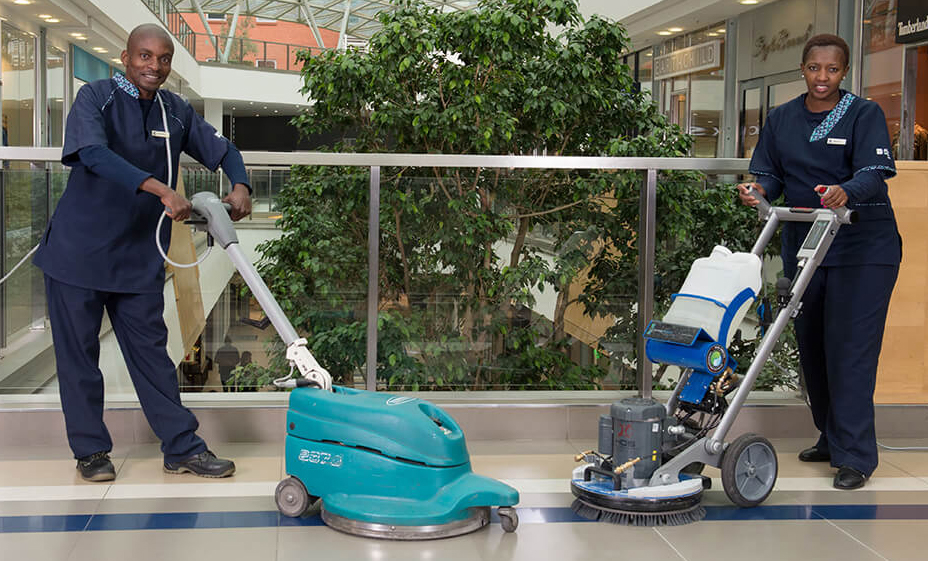 Natasha formulates the practicalities of the process as follows: Supervisors are assigned to specific areas for quality control purposes and to inspect the work of the cleaning personnel working in those specific areas. These areas are issued with BH BTLE beacons and each area is provided with a unique area name to ensure correct inspection information is captured and included in the client’s report. Natasha explains that “the device will only activate and the inspection commenced once the supervisor is within the set perimeter of the BTLE beacon.

This is a particularly handy option to provide proof of presence, that the supervisor attended the area and indeed inspected it especially at Lanseria. Now, should a client complain, FILE13 can provide documentary proof that cleaning was done, inspections were conducted with photos to prove this.” She explains that the supervisor can also confirm at this point the quality of the service delivered and the quality of cleaning; he or she can also report on maintenance issues, equipment condition, stock levels (enough chemicals), personnel-related issues (such as is the cleaner dressed correctly) and site compliance.

The Operations Manager has access to the FILE13 dashboard to monitor the efficiency of on-site cleaning personnel and to monitor whether supervisors complete their daily and weekly checks. “FILE13 generates a site report every morning where I can review the previous day’s performance and non-compliances. I use this real-time information to meet with my support team to establish where to improve and to provide feedback to my clients.”

Natasha points out that “overall, clients are extremely happy with the real-time reporting function offered by File 13 and consider this a substantial value-add considering they have photographic proof of services delivered.”

Smart technology is possibly one of the most effective and accurate personnel monitoring options. Combined with “smart” tracking methods and real-time data collection and reporting, it has a substantial impact on business efficiency and personnel management and accountability. In this regard, Natasha is confident in Bloodhound’s services. “I would definitely recommend Bloodhound’s services, particularly FILE13 – it is absolute value for money and communication is consistent. It works amazing and, at Lanseria, it has been nothing short of a blessing”, she concludes.

“Overall, clients are extremely happy with the real-time reporting function offered by File 13 and consider this a substantial value-add considering they have photographic proof of services delivered.”Natasha Flynn, Operations Manager at Bidvest Prestige